It has been a year and 10 months that I have been on campus.

They say that at a residential campus, the most important thing is the people around you. And true it is. I have been around a lot of people, made groups, been a part of them, watched them drift apart and break away. These, I have been told are dynamics of young people. Somehow, I don’t quite fit into that mentality. Loyalty has always been a priority. In the BBA glory days, there was my college gang – Richa, Reetika & Kanishk and back at the flat there were – Rashi, Mimi and Ambika. 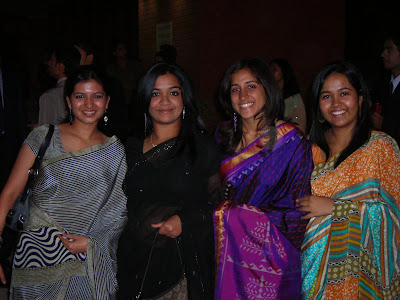 From left to right – Ambika, me, Rashi and Mimi 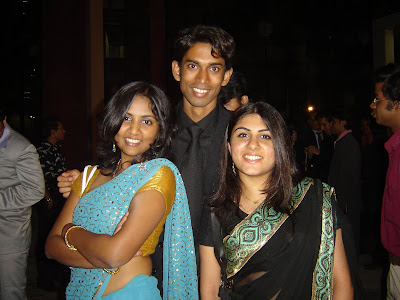 From left to right – Reetika, Kanishk and Richa Batra

PS: No, we did not usually dress like this. These pictures were from our farewell. And there was bad lighting!

We had the most perfect setting. In class, when one slept, the other took notes (which was usually me). Locating the most funnily clad women, to going to the best places in Pune to eat, drinks, clothes, music and movies were with Richa and Reetika. It seems as though we had all found each other on the first day of class, and the seating arrangements were standardised throughout the entire 3 years! Reetika with Krish and Richa (who was perpetually late, and called from outside class to find out if she could get in).


At, E8, Konark Campus, we had a family of our own. With a washing machine, fridge, cooking range and leather couches, that was the good life! From evening teas, random water gun fights, even more random talk sessions, birthday card making, helping Rashi sort out her what-to-wear-the-next-morning routine, celebrations of all kinds to late night chats with Backstreet Boys and Westlife in the background was an experience I will never forget!

About Kanishk, the more I write, the lesser it will seem. He was my first best friend, and perhaps the last. I could not thank him and Princess Fufu enough for all their time, attention and patience. Just that somethings are unspoken, and the most special. This is one relationship, memories of which I will always hold tight to.

At SIMC, things are a little different. From being a public figure, I have shrunk into being with just a few people. People who I really care for, and those who really matter. Today is the first day, when all three of them are not on campus, and it feels a little empty. Before I go on further about them, they need to be introduced to the Orange Tree:

* In order of chronological knowing* 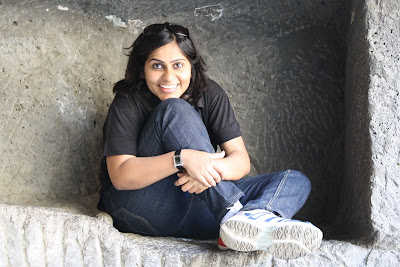 Richa Bhardwaj, the girl I can recall from the first day at Lavale campus, with the silver i-pod shuffle clipped to her jeans and earphones stuck in her ear, even while she was unloading luggage. Advertising Creatives classes brought us together. Two people who couldn’t draw, did pretty well! She takes brilliant pictures, and was my inspiration behind buying my own DSLR and as per her suggestions became ‘Team Canon’, and there isn’t one person who doesn’t love my camera! She’s also the person who I could talk to about anything, and the great listener that she is, she would just nod. I always knew that I loved to travel, but if it weren’t for Richa, I don’t think I would have been to half the places that I did these 2 years; Ajanta & Ellora, Shrivardhan, Ratnagiri, you name it. It would always begin with her planning everything and a majority backing out, and then it would be her saying ‘Main toh jaa rahi hoon!’ and we would always tag along, and have the time of our lives. A woman of her moods, she is one of the most intelligent and beautiful people I know, she also inspired the nose piercing. She makes really confident presentations, one of the finest in our batch (irrespective of what certain others have to say) and is the most enthusiastic when it comes to assignments, especially Marketing related stuff. A complete delhi–ite at heart, she could go on for hours about her stories about Delhi, and its people. 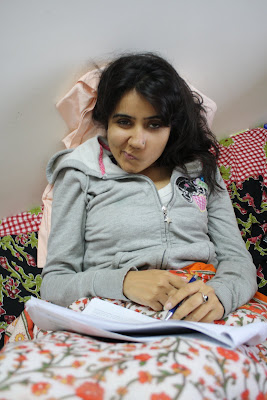 Ridhima Mehra or ‘मेहराजी’ as I know her better. She is the most pleasant person I have met till date, on planet earth. Seemingly very quiet and meek, she is quite a bomb, and for a good reason! Extremely observant and also smart, this girl has so much you can learn from. We have the most engrossing discussion about important things in life such as clothes, shoes, hair and occasionally, new Durex products! ‘Miss Tip Top’, as she is also called, her stuff is always matching, and even on the day she gets up really late, the matching colour of eye pencil is never missing. With an undying spirit and a splitting sense of humour, she is the nicest thing that ever happened to me on campus. Strangely, when Richa and I were put into different groups for our Advertising Creatives class, I got to know her better. Taught me she has, to not judge people, and I am getting there. A complete foodie at heart, the stomach is the place where we bond the best. Even after dinner, we are quite ready for a plate of Chicken Lollypop. The city is hogger’s paradise, and walking around picking momos, corn, chocolate thickshakes, is the best time of our lives! 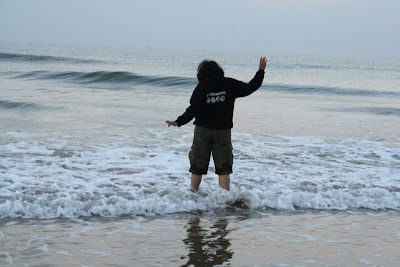 S.Swetha, aka Swetha Sarpamalay. This one was a tough nut to crack; although I got to know her really late into the course, and I so regret that, she seemed very difficult to figure at first, and I usually never knew what to say to her. As I got to know her more, the insanity became evident, and the more I grew fond of her. A complete child at heart, but a completely matured person within; people might think me to be crazy, but I think she is very balanced. Not literally, of course, as she manages to hurt herself in the most miraculous of manners, once she landed on her nose, and had a bandage across her face. On the second time, she got herself attacked by some gym equipment and grew this huge black and blue bump and got christened, ‘Bumpy, the IInd‘. Richa Bhardwaj is ‘Bumpy, the Ist‘, by the way. We share common interests in music and go all ‘oooh‘ at celtic tracks and get goosebumps when we listen to ‘Enya‘. Another really good photographer (who also manages to lose her cameras quite often, than is normal), she prefers photographing inanimate objects more than people, but her work is simply brilliant! Perpetually lost and in her own world, she’s completely at peace most of the time, some of that credited to that fact that she has a slight auditory problem =p. Bursting to song and dance routines in intervals, she’s just a happy little child who you would love to have around.

Like I mentioned earlier, tonight is the first time all three of them are not on campus, and the feeling that in two months, I wont be able to climb a flight of stairs just to say hey to them saddens me a bit, but I am real happy to say that I really miss them and am blessed to have them as friends.