Yes, I graduated. Although I did not get to wear the rented robes, or toss the hat with the tassels or even meet the people I spent two precious years atop a hill. It was a picture in mind that when I would finally post-graduate, the ceremony would be grander; it would all be a little more flashy and different. But I spent the Sunday at home, with the idiot box.

However, no regrets. Complicated plans made hardly materialize, and it would be near impossible to expect that the parents would be able to make the ceremony. So I made do with the next best thing- Facebook. Status messages and images people uploaded. It was nice to see the smiles, the different haircuts, the robes with the yellow satin bands, campus, and the familiar faces. For a few moments I thought I should have been there.

Moving on from the blues, the colour of the season for me is violet! Very much like the Yash Chopra movies with a colour theme (anyone remember Rab Ne Bana Di Jodi and the amount of yellow it had? Actually never mind. I don’t think too many people watched it :P). No matter where I go, I see purple everywhere! To quench my purple thirst, I bought a purple wallet and a muffler to start with! 😀

After much scavenging for a purple pair of Converse, I have finally given in to a green pair (my second most favourite colour) and they’re fabulous!! 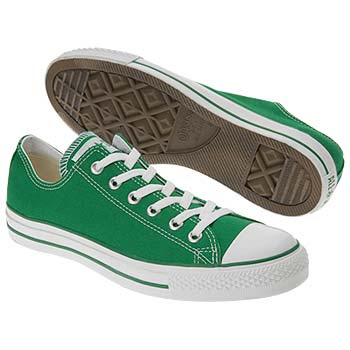 Taking it forward from more fabulous things, there’s a very interesting observation – people happen to be so much happier in December. Don’t know if it has to do with the winters or the end of the year or Christmas and related festivities, or the mere thought of a New Year, but lightened spirits around me. Of course there are always those dampeners, who will manage to frown through anything, but even those seem a little less grumpy than usual. This year, in Delhi is my first real winter experience and it is pretty awesome! Although I am quite often laughed at, as I am the Inuit look-alike with two sweaters, a trench coat, a muffler and gloves, when most people are in a light sweater, but I did grow up in a desert and am half Bengali, gives me all the liberty to even don a monkey-cap!

Coming back to the cheerful aura, people are playing happier songs on YouTube, Star Movies and HBO have begun their Christmas movies lineup, offices have started giving out year-end goodies and we even got a Puma t-shirt with the company logo (read: FANCY JAZZ)!! Monsoons have always been my most favourite season, but looks like I might just have to change the notion 😀

To more Cosmopolitans and Green Apple Martinis tonight at the year-end party and hoping that regardless of the rescheduled review and the grumpy client, the rest of December is going to be great!

PS: Anyone know of a cocktail which is purple? :p