The Roving Quill a memoir of etchings and wanderings
To think of it, seems like only yesterday that I walked into the office of a rather unknown firm – a R & PM Edelman. I had never heard of them, not before I had begun organising internships for my public relations batch at college. By the end of the college year, in a whirl, I had interviewed with them, got selected and chose Gurgaon as a desired geography. Although most of the ‘why’ behind Delhi NCR is now blurry, I do clearly remember day one at Edelman.
A neatly tucked office, with not more than 20 people. The six of us who had been recruited from SIMC were seated on a conference table, we were explained the nuances of what we were to do, team preferences were asked; It was the beginning of the most wonderful two and a half years – there’s not a moment of regret.
After all this time has passed – the office grew from 20 to 120 plus today. From a small family, we are the mother of joint families in the public relations world in India. Things have changed drastically, but today it is a little difficult to come to terms with the fact that I will no longer go back to that place.
I’ve been thinking why it is such a problem for me to let go of things easily. Maybe it is because work was a place where everyone knew me – knew me for what I am – loud, crude but always there for them. It was a place which was home for me – with people who were almost like family. If I were angry, sad, disappointed or happy beyond measure, I could sit myself in my little nook surrounded with things I love the most – and I would be at peace. In the mornings, my lemon tea would be at the table without having to ask for it, I would get all kinds of favours from people saying that ‘Only because it’s you’, I could sit by myself on the black marble stairs near the emergency exit and listen to music without being disturbed, I could cry in the toilets, I could write my blog. I could be me.
It would be wrong if I wasn’t grateful for how much I have learned over these years. Not just about the business of public relations and how to excel at what I do, but there is a whole universe of things that one has to deal with while living away from family in a city like Gurgaon. And I have survived.
One of the most important of all the things has been the people I met through the years. My teams, my colleagues, my friends – I am blessed indeed to have an array of such brilliant people around me. And such a perfect mix – of the emotional, the obsessed, the hilarious, the impossible, the made-of-stone, the anxious, the eager, the carefree, the inspiring and most definitely, the mad! I have countless memories, which I will treasure for the rest of the days I live.
My girls! Milan, Richa and Vidha. With friends like these, one can go through most things in life, and I am dearly grateful. Going drinking on Tuesday nights, impromptu movie plans, haircuts, lunches at office, birthday surprise plans, tattoos – think of it and we have conquered – together or in a combination of either. I have such lovely memories with each of them that I wonder if I will ever get so lucky again. Each of them deserves an individual post and I shall write them soon!
Others at Edelman India – the kids; Dhairya, Vibhuti, Divyabh, Sumiksha – always so loving and it was indeed a pleasure to teach them about work and have a blast as we did that.

Although only one member of my erstwhile teams remained when it was my time to go, I have to mention that they were my lifeline through the growing years – Abhishek, Shekhar, Prerna and Sahil. Followed by Kinshuk, Dennis and Deepika. We did the most extraordinary work and we did it as a team. These are people I will never forget.

What is known as our support staff – Manish, Kuldeep, Shankar Bhaiya, Sanjeev Ji and everyone else. From helping them to draft emails, to being granted a few ‘free’ colour printouts, we always had a good time! The girls in the consumer bay, always entertained me even though I ensured decibel levels in their part of the world remained high! And finally, my friends in the rather quiet PA bay and the rear end digital team – who would always greet me with smiles.
﻿

Out of office, I was very fortunate to find a bunch of absolutely great people and I must mention them here. I have Swetha and Basu to thank for introducing me to their circle and being kind when I hardly knew anyone in Delhi. There were outings, early morning drives, trips and monument visitings – I have them to thank for taking me around! They introduced me to the wonderful Naween Bhaiya (Who I am in touch with, almost constantly virtually, is an ecommerce addict just like me and always has the most teriffic things to say and give!), Kayo (who makes the most delicious ice cream cake and loves Kolkata!), Neha & Varun, Tulika (Who I need to thank for the lovely meal at Oh! Calcutta), Titir, Aruni (fellow LOTR lover), Swarnabha (he and I have almost identical chequered table-cloth-like shirts!), Binny and lastly, Aiyo (Better known as Akshay or Akki – the Tam who can don more than just one Indian dialiect. We have a really special relationship, can laugh and make people laugh for hours together!).

Richa Batra, or Rich Butt like I to call her. We’ve been friends since 2004 – and although a majority of plans we make never really materialise, I always know that she’s around and it is the same with her. Fingers crossed for our end of year trip! 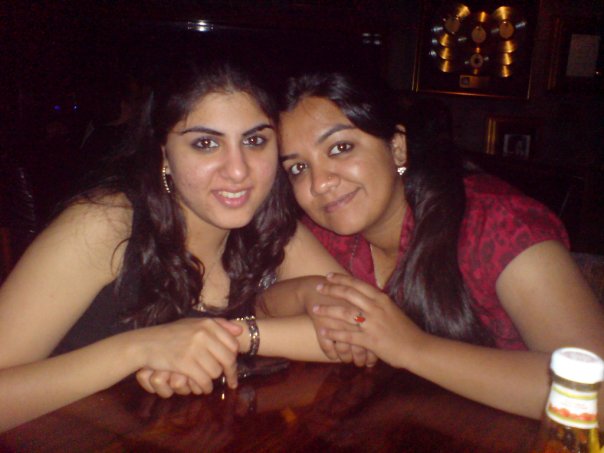 Ankita Chopra aka Chops! My room-mate, colleague, friend and sister. We’ve shared a room for all the time that I was in Gurgaon. We have stuck by each other through all the roller-coasters that life has put us through in these times. I regret not having known her better while we were in college, and she lived in the room right next to mine in the hostel. Of all the things that I was used to, she formed a significant part. Beginning with jumping up to cook anything that I’d like to eat in just ‘two minutes’, to watching Master Chef Australia passionately, going through Sex & The City reruns, to being able to talk to her about just anything that was in my heart. Shopping, strolls, late night drives, dinners – name it and we’ve done it! Having her be there for me almost became a habit and to say that I will miss her – would be a gross understatement. 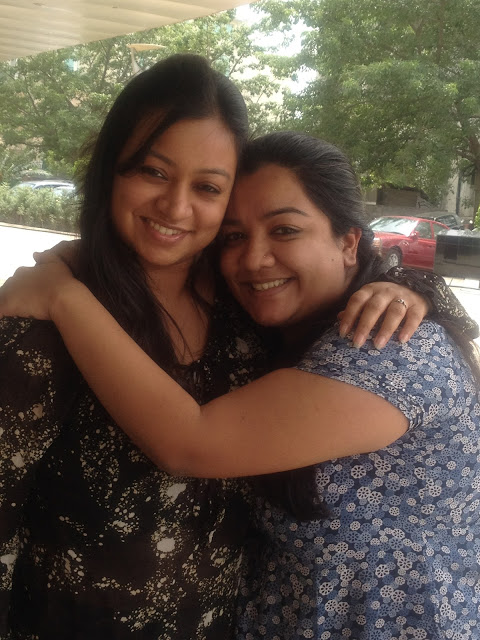 I guess it will take a while for me to get over this entire change – to actually let it settle that everything around me will be different.﻿ To think of it, only yesterday was the time of our lives. Now to wait for the time we meet again!
⟵ Previous PostNext Post ⟶
Comments

0 thoughts on “Time Of Our Lives”